In some ways, Berlin felt like the most important capital city we have visited to date, although of course they are all important in their own way. We were a team of about 20 people, with virtually all of us coming from nations which had at one time or another been at war with Germany, so it felt very key to be able to come together with the many people from Berlin and elsewhere in Germany who joined us, to have a week of worship, prayer, reconciliation and declarations. 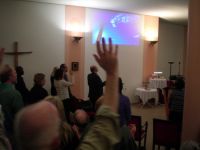 We were very blessed to have prayer leaders from Germany with us who gave us teaching and who guided us in our praying for the government, the city and the nation. We had powerful times of worship together where God seemed to be going deep down into the foundations of the nation to bring healing and also a time of repentance, forgiveness and prayer together where German people were able to ask forgiveness and we, as representatives of other nations, could speak out forgiveness and bless Germany, calling her forward into her God-given destiny. We were all in agreement that God has given Germany a gifting of leadership, but that it is to be exercised with humility. We also saw how things that happen in Berlin (or indeed Germany) then go worldwide, whether good or bad, which is  a source of huge potential but also carries with it great responsibility. 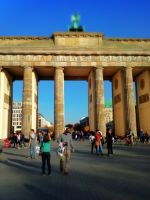 Our prayer times in the city took us in groups to various places to pray into issues such as the foundational roots of the city, the effect of the enlightenment on the nation, the church and the fact that Berlin has declared herself to be the homosexual capital of Europe. 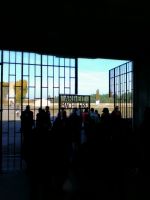 On one day, we went out to the former concentration camp at Sachsenhausen. This was in some ways, the “mother” camp from which decisions were taken about the other camps which were set up elsewhere and it was a privilege as well as a very moving experience, to be able to gather in a room there to worship, pray and share communion together. In view of the fact that we were going on to Moscow afterwards, it was also significant to hear the number of Russians who were killed here.

Another day was, as with all our trips, devoted to prayer for the government. Some of us met with a Christian MP and were able to hear his prayer needs, while others prayed around the Reichstag building. We were specifically asked to pray for wisdom for them in their decision-making. 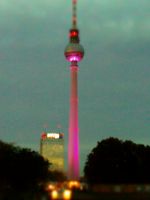 In the evenings we were privileged to hear from one of the leaders of Poland for Jesus who encouraged us with what they have experienced in Poland and how prayer for the government is changing things in their nation.

It was the festival of light in the city during the week we were there with many of the buildings illuminated and God also shone his light on us by giving us warm sunshine and clear blue sky throughout the week. “The light shone in the darkness and the darkness has not overcome it”!

23-28 Oct: teaching and prayer in Moscow