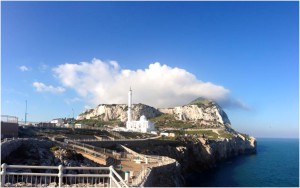 Europa Point and Mosque with the Rock in the background

On November 9-10 we travelled by bus from Lisbon through Sevilla to Gibraltar. In Gibraltar we stayed at the Europa Retreat Center close to Europa Point at the southern tip of Gibraltar. Gibraltar is a self-governing protectorate of the United Kingdom also known as a ‘British Oversees Protectorate’. We partnered with Maggie & Joe Hoskens of the Gibraltar House of Prayer. Gibraltar is a gateway location for the Mediterranean Sea. It is strategic in international trade and business and has a history of conflict and hostile takeovers. It has most recently been at the centre of an international dispute between Spain and the United Kingdom regarding international fishing and border controls. 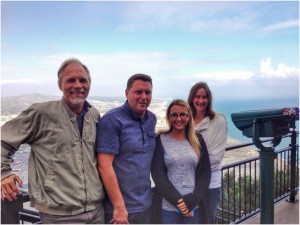 On the Rock overlooking Gibraltar and Spanish Border

We also had a very good prayer time with Maggie and Joe and the rest of the prayer group at the Methodist Church Café in Gibraltar. This time focused on the Holy Spirit and encouragement for the ongoing prayer warriors in that group and prayer in Gibraltar in general. We were also able to share about the impact prayer has had on governments around Europe. 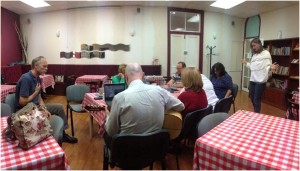 I want to thank everyone who was involved in helping to make this OCE trip happen. May God receive all of the glory.