16 people came from abroad to join the wonderful people at the Shalom center that hosted the event. So we had 25 to 40 people depending on the day. We had people from 12 different European nations for the whole time which was a blessing. 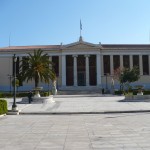 Most of the teaching was done by George Markakis from the Shalom about the “prince of Greece”, how it manifests and God’s solutions. We heard how Plato founded the Academy, University and the Library which has been a model for all of Western civilisation.  With all this intellectualism we were careful to have a lot of worship and bring it all into God’s presence. And God was very faithful to come with His presence and strong anointing. The last evening we had a major release of prophecies from almost everybody present. 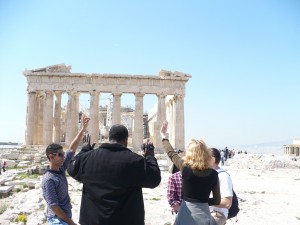 In the morning the first prayer day we split into 3 teams going to high places: Acropolis, the old Olympic stadium and Licavitos. Everybody came back assured that our prayers were inspired and heard. In the evening we all went around in the city center, finishing praying in the place named after the first president of modern Greece. He said that the gospel was the only thing that could save Greece. We prayed that these words would come into reality.

The next day we had a Sunday service before going to pray in front of the parliament building. There we made strong declarations of what we believe was God’s word for Greece. We finished by kneeling in front of the building singing: “He is Lord, he is Lord. Every knee shall bow, every tongue confess”. That was powerful. We drew the attention of the tourists around taking pictures, and even some police coming as the guard was at its maximum on the national day, March 25th. Everything went fine and we returned to the Shalom center where we finished and God released this prophetic anointing. We look forward to see how God will intervene in this nation after such a week of inspired prayer. He deserves the praise of this nation. 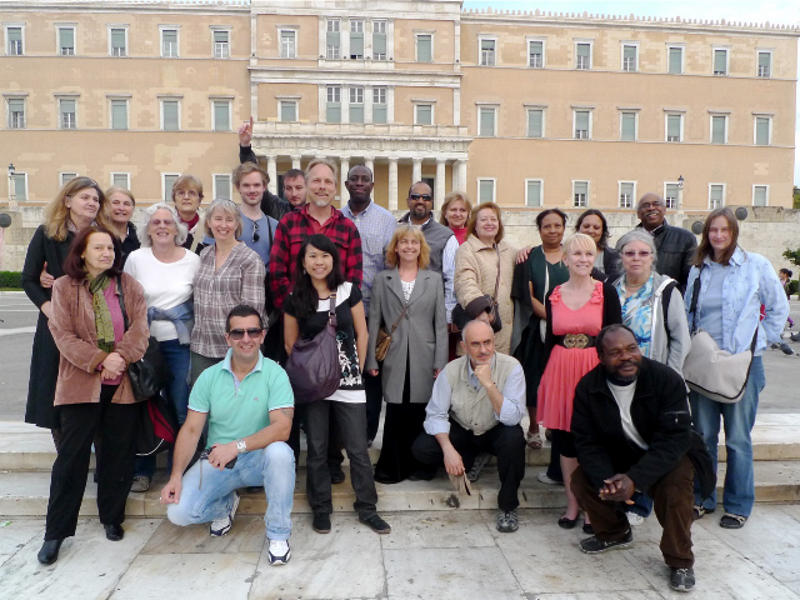 Team in front of parliament