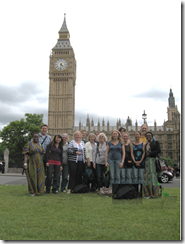 At OCE London there were about 20 people in the team and this was added to by The Stable church members making it up to about 40 people. The Walk for Truce, organized by YWAM England Prayer Network and OCE London was just over 100 people. The Stable church in Barnet hosted OCE London and it was a privilege to be taken care of by such a gifted group of people. We had teaching from Victor Lorenzo who spoke on strongholds in Business and Government and brought out several points about the freemasons. David Sladden was our main speaker and he taught on the spiritual history of London which was very insightful. We also had Michael Marcel come and teach on Revival in the UK and he led us on a revival tour of London which was well worth getting through all the traffic for. Worship was led by me (Steven Hanratty) and Vernon Fuller, who did a great job. Thank you to Jennifer Page who did registration for us and other administration jobs: well done Jennifer. 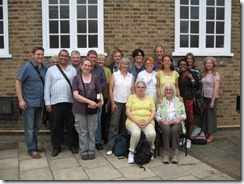 The first evening Victor Lorenzo spoke on strongholds in London, which was a great way to start and really set us up with the whole idea that London is a very large city with major historical strongholds. We prayed that evening as we walked around a map of London seven times for strongholds in London to come down and God’s Holy Spirit to be able to move freely in the city. It was mentioned afterwards that The Stable church had a ministry that finished a few years ago. This ministry would leave from The Stable to walk around London in prayer every year and happened for a total of seven years. 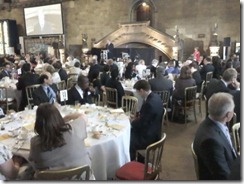 The next day 4 of our team had the privilege of participating in the National Parliamentary Prayer Breakfast. As a result of OCE London and YWAM National Prayer Network coordinating the Walk for Truce we had the opportunity to meet leaders, MPs and Ambassadors from all over the world who had come together to pray for God’s will to be done in Parliament in London. 670 people attended the Breakfast. After hearing some wonderful testimonies of God’s faithfulness in the lives of Members of Parliament we heard from the Bishop of London and he spoke about running the race of life for Jesus (which he compared to the Olympic races that are being held in London this summer). 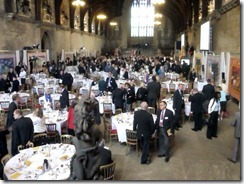 After the Prayer Breakfast about 100 people had signed up for the Walk for Truce, which was an initiative started by Lord Michael Bates to promote the UN resolution that was created to stop war around the world during the Olympics and Para-Olympics. Lord Bates had been able to obtain 194 signature countries for the UN resolution as result of walking from Athens to London to promote his cause. OCE London did the marshaling for the event and guided the way for the participants to find their way to a Catholic church close to the Olympic site where there was a short time of worship and some final prayers. YWAM England Prayer Network and OCE London have been officially thanked by the Bible Society (organizers of the National Parliamentary Prayer Breakfast) for the work done in organizing the Walk for Truce. Well done everyone! 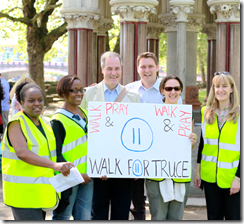 That evening David Sladden spoke on the spiritual history of London. He talked about the idea that London was a Roman founded city and that this foundation has had a great impact on how we do things today. He also mentioned about the international calling upon London and how whatever was started in London would easily go throughout the world. Freemasonry has played a large role in the building of London and London is one of the headquarters for Freemasonry around the world. 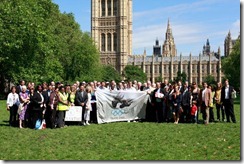 The next day focused on teaching and we prayed for protection over London and the UK throughout the Olympics and we prayed as the Spirit of repentance came on us for God to forgive the land of England and city of London for mobilizing for war. We prayed that God would stop any spirit of conflict that may want to come in during the games because of the Greek god of the Olympic Games being a god of war. There was a comment given at this point about the Olympic competitors in ancient Athens at times being killed as a result of losing. We prayed that this would be a peaceful and life-giving time in the UK for all the participants and spectators. 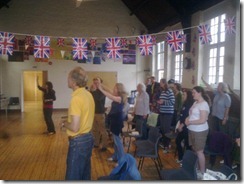 On the teaching day we left the church premises to walk about 15 minutes to a local well. The well had been covered over by a well house. There we prayed for Barnet for a well of the Holy Spirit to be in that city and we prayed for many to be healed, refreshed and cleansed at the well. We found out that the well was used for drinking and washing out the body’s system. The water from the well was bottled and sent into the centre of London to be sold. 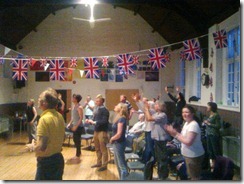 That evening Michael Marcel came to teach on Revival in the UK and we prayed for the Holy Spirit to fill everyone present in a fresh way. Michael focused his talk on the principles of revival and conditions that were needed to be in place for it to happen. The very next day we began at 10:00 am to drive to central London for a revival tour with Michael. We prayed outside Westminster Abbey for God’s kingdom to come and noticed the obelisks outside the Abbey representing freemasonry. We also prayed at the Tower of London recognising the martyrs who had given their lives for the Gospel and the word of God during the reformation period. We prayed in the mini-bus in a small back alley close to the River Thames where the very first English Bible came into the country. Thanksgiving erupted in the van as we heard the history of that Bible. 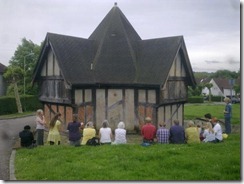 We went onto Wesley’s Chapel and prayed by Charles Wesley’s organ for new songs to come from England again and in John Wesley’s prayer room for a new movement of prayer to come forth. We met in the main chapel area at the end of our time and prayed for God’s fire to fall upon England and the nations: it was a powerful time in God’s presence. We went on from there to prayer at John Newton’s church and we had a powerful time as we sang Amazing Grace together and other songs and prayed into the meaning of that hymn. We finished the tour by seeing the location of John Wesley’s conversion experience and where his brother Charles became a Christian as well. We went on that evening to a prayer meeting at HTB were we heard that the church in London has stopped declining and is now growing, which was something we had prayed into. 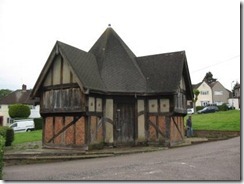 The final Friday was taken up by praying in teams around the city. Before the three teams left we prayed and worshipped together for God to move through His Holy Spirit not just in the church in London but all the spheres as well. There was a deep sense of God calling His bride to arise in London and be more intimate with Him again. Three teams left from The Stable church. The first to pray around the old Roman walls; the second team went to pray at the St Paul’s Cathedral and City Hall; the third team went to pray at Buckingham Palace and the Foreign and Commonwealth Office. 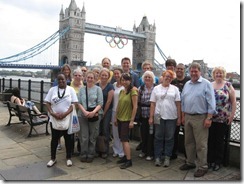 That evening we came together and worshipped and gave thanks as we reported back to the church about what we had done that week. Ben and the team from the Stable led us in worship and did an amazing job. God spoke about us going deeper with Him in worship and prayer and not settling for second best. We also prayed for the leaders at the church and for The Stable to be a well of God’s Holy Spirit to the community. Then the church members prayed and blessed us. The Saturday morning we met with the local prayer team to support them in their on-going prayers for Barnet and the city. Overall the time in London was a success but navigating the large city and the long hours were indeed a challenge but well worth it and I believe that we did have an impact for God’s glory: Thank you Lord! 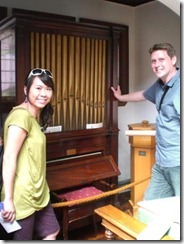 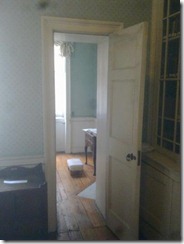 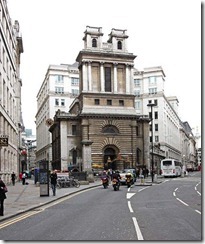 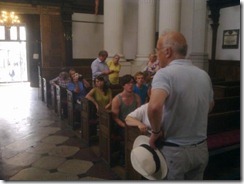 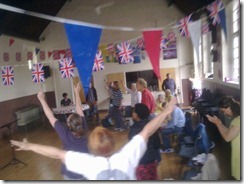 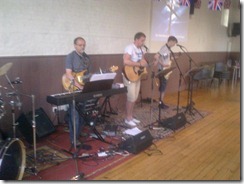