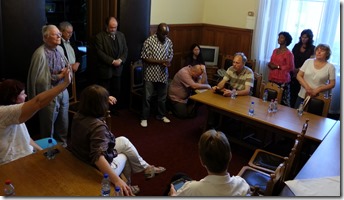 April 25-26, 2013: The time in Budapest was intense. We arrived there and went straight into the parliament after some briefing. There were about 30 of us. We had some prayer and worship in a mp’s office. For many of the Hungarians, that was a step forward and a real encouragement.

The second day, we visited the main Jewish quarter and prayed there in the morning. Quite a few Christians are reaching out to the Jews. Budapest has always had a rich Jewish history, so this is really important.

In the afternoon we prayed on a bridge with new freemason obelisks and a copy of a crown which is about to become an idol of the nation according to the pastors. The real crown is now in the parliament.The first king of the nation was crowned with it. Just recently it was put there after have been in a museum for centuries. Some declarations in the law has been made about the crown having authority over the government and is almost becoming sacred. We had powerful prayers concerning this crown and freemasons lifting t up to an abnormal position.

After that, we went up to Buda castle on the other side of the Danube where we were speaking and prophesying over Budapest. We finished the time in Budapest in a church with some worship and good reports from the participants. We are quite sure we accomplished all God wanted the short while we were there. 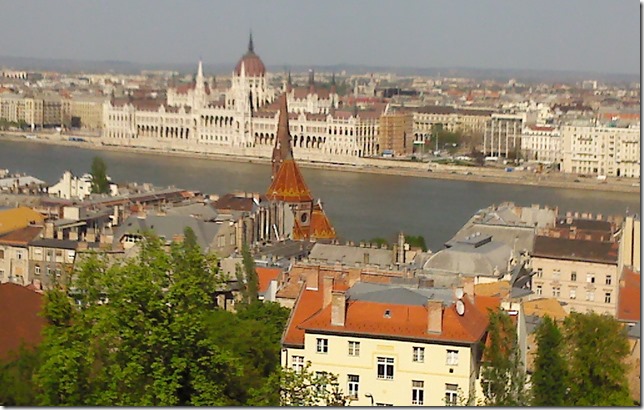