We had a guided visit in Bern by Markus Reichenbach in the afternoon on July 30th and we spent the next morning with « The Heart of David » house of prayer in Bern (DavidHerz). These both helped us get insight into how pray in Bern.

We prayed at 2 different places where the Jews and the Waldensians had received bad treatment and persecution with expulsion as a result. These injustices seemed to be important to deal with. 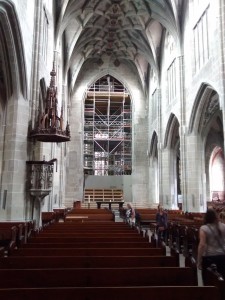 Renovation in the Münster Church

All the other places we went to pray, were under reconstruction or renovation. It was quite striking especially when we know that what we see in the natural is often a sign of what is happening in the spiritual.

One was the founding place of Bern ; the place where a bear was shot in 1191. The bear became the emblem of Bern. We didn’t see any bears, which can normally be seen by the public, because the place was under construction while the bears were on holiday! 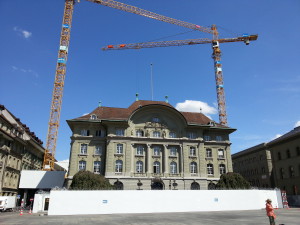 Another place was the biggest church in Bern, the Münster church, which was partly covered by scaffolding both inside and out. The church was built on an ancient worship place, which had probably never been dealt with.

A third place was the national bank by the parliament, where they were about to build a new storage place for the gold of the nation. We received here the passage from Luke 12:16-21 : Switzerland should be rich in God and not trust in their finances. 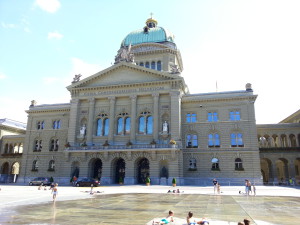 In all these places, Switzerland, needs to come back to the foundation in their constitution : God! Now when there are reconstructions, this is the time for the Swiss to come back to God and choose life.

Aug 1, we went into the parliament, on their National Day when it’s open for the public. We had the honor of being guided by Ernest Geiser who is a pastor to the parliament. We could then pray with the information about what is needed. It was a good time. And everybody who did the visit got a Swiss chocolate for free! 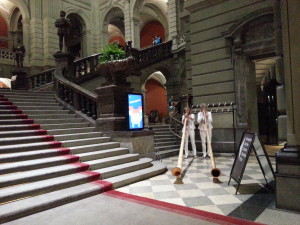 Then we joined a national outdoor worship and prayer meeting for Switzerland. There were maybe 1000 – 1500 people from all over Switzerland. There might have been more if it hadn’t rained in the morning. Most of things that were prayed there matched what we had been inspired to pray as well. Unity, first in the Church and then in the government, was one of the issues on God’s heart that seemed to be really important as it came back to us several times. 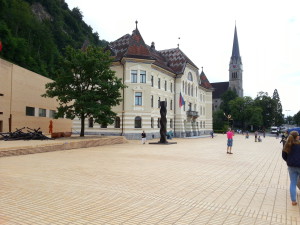 Liechtenstein is a tiny country, only 20 km long and 10 km wide with 37 000 inhabitants. In Vaduz, the capital, all the strategic places were very close to one another. Liechtenstein is known to be a tax haven. We kind of expected to pray for hidden things to come to the light and for repentance of injustices. But no, – we prayed that Liechtenstein would use their riches for the Kingdom and set God first. Liechtenstein is ruled by the prince and his family who seem to be very God-fearing. We blessed them while praying outside their castle.

One remarkable thing was also that this year they put some of the national treasures for public display. This was to us a sign of openness and transparency in the finances and the riches. 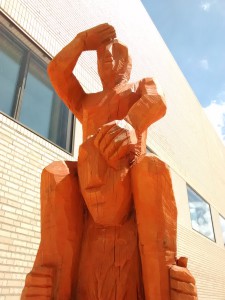 Some of the prevalent street art in Vaduz

Then we prayed at the parliament. We prayed that the identity of Liechtenstein should come forth, that their beauty and new name should be known as written in Is 62. Especially since Liechtenstein had been under, and kind of covered by Austria and Switzerland. We prayed for a greater degree of recognition and honor from those neighboring nations as Liechtenstein came forth in their destiny. We prayed a lot for the arts and creativity to be a reflection of that new destiny.

We finished by praying for the church both national and from the other nations to be instrumental in this. It was a great joy to pray for Liechtenstein. 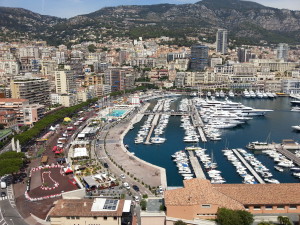 View of the harbour

Monaco is even smaller than Liechtenstein ; only about 2 km long and 1 km wide. It’s very densely populated though with 37 000 inhabitants like Liechtenstein.

Monaco has been ruled by the Grimaldi family since the “malicious one” took the Rock in 1297. But Monaco only became rich when the famous casino, Monte Carlo, started in the 1860’s. They earned so much money on the casino that Monaco didn’t need to claim any more taxes. And today it’s a famous tax haven. So in all this, there seems to be a bad foundation and injustices/iniquities, which you wouldn’t believe when you see this glamorous tiny nation. 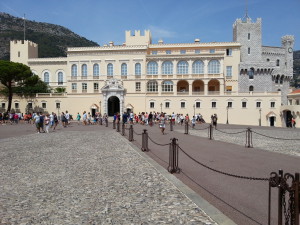 We prayed into all this at the casino, the banks, the government, a couple of churches and in front of the prince’s palace. Praying for the church and the prince, we believe there are positive signs and good things happening for the Kingdom. We believe there is a renewal and we prayed it would continue in that direction. 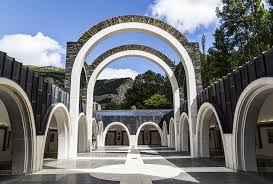 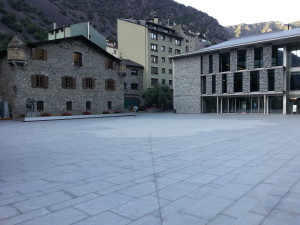 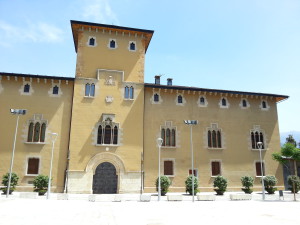 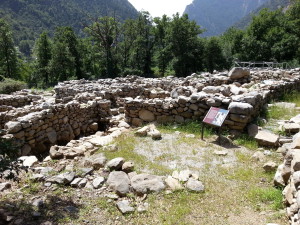