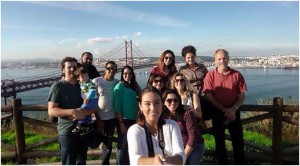 On November 5th we flew to Lisbon were we stayed at the YWAM base in Mems Martinz: a suburb of Lisbon. The three members of the international team for the OCE were: Henning Schikora, Beke Kraemer and Steven Hanratty. We met together on the evening of November 6th and we felt God speaking about praying with the YWAM staff and students at the base about reconciliation between the Brazilian members of the base and the Portuguese members of the base. We believed that God wanted to cleanse that relationship as a community and between the two nations internationally. This turned out to be a powerful prayer time with many prophetic acts of forgiveness and reconciliation.

After our prayer time with the YWAM base we spent time praying around Lisbon as an OCE team. Over the next two days we covered most of the significant sites in Lisbon. We felt the history of the King of Portugal, Carlos I, being assassinated by a political group in 1908 was a significant turning point in the leadership of the nation. We also felt that the current political instability had some of its roots in that incident. The stability of the nation both economically and politically became a reoccurring theme throughout our time. 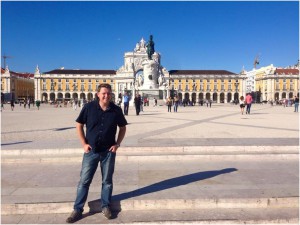 Location of the assassination of Carlos I

The final evening we went to church in Lisbon where we felt encouraged to see a vibrant, modern congregation seeking God and doing mission. This was an encouraging evening as we had prayed for these very qualities for the church in Lisbon earlier that same week.