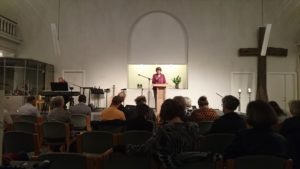 15 of us arrived from abroad hosted by about 25 people from Aglow Denmark (https://www.aglow.dk/), Prayerhouses Denmark (https://bedehus.dk/) and a local church which hosted our morning meetings. The intercessors in Denmark were all quite experienced, so it was easy to go ahead with the prayer assignment. The program was quite full; morning worship and preparation to go out, afternoon prayerwalks in the city in several teams at many strategic locations, evenings with worship again. 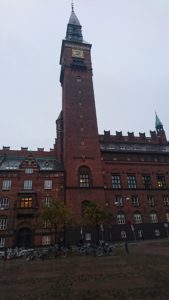 On the first afternoon 15 of us were invited in the town hall by a Christian candidate for the next elections. It was a blessed time with God’s presence. The politician was very much touched as we prophesied over him. He thanked us for the special words. We also got another answer of prayer next morning as we had prayed that God would remove candidates that shouldn’t go for the election. The headline news said that one very liberal politician had withdrawn her candidacy because of some scandal of corruption. This was of course very encouraging for to see such a quick answer of prayer. 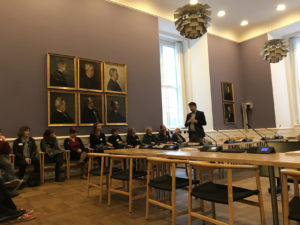 The second afternoon all 40 of us were invited by a Christian MP to visit the parliament. This MP was also very touched as we prophesied over him. It’s powerful when they can hear God speak to them. When God comes through in such a way, it does something that human words and discussion cannot do. It is the awareness of His presence in the affairs of men. 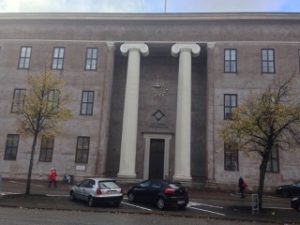 On the third day we changed our program a little as God brought to our attention the influence of the freemasons in the city. So we went to an enormous Freemason building in town. Apparently it’s the biggest in Europe. It seems untouchable, but by faith and obedience we pray and God will take care of the rest. 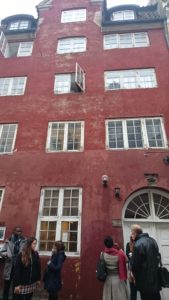 We also had a good opportunity to minister and prophecy over all the Danish intercessors. This was a very big encouragement to them also as God shared a lot of His thoughts for them and their future.

The team from abroad stayed in Soli Deo Gloria, that has just been rented by YWAM-Copenhagen (https://www.ywam.dk/da/medier/stayconnected-2017/stayconnected-nr-3/soli-deo-gloria). This was a Christian coffee bar from the 70’s and now it’s getting back to their initial calling again. As a bonus to the prayer in town, we were able to lead worship and then prophecy for about 30 minutes some of God’s future plans for the place. We left Copenhagen satisfied with the conviction of mission well accomplished.