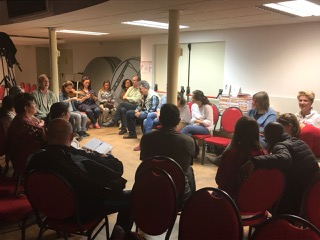 We were a group of 10 people from abroad arriving in Bucharest, not having much information before coming there. But we were welcomed well by River of Life Church. There were about 10 people from the church praying with us in the capital every day. That was a real blessing. They also blessed us with all meals paid for in different restaurants. The Romanians have a clear gift of hospitality and generosity.

We were also able to be a blessing to them. At least that was said several times. In the preparation we got a clear direction about where to go in the capital. The first 2 days we went to 5 places that formed a shape of a bow on the map. We started with the old town, where the capital was first founded. We walked around that area before lunch and through every street in the area after lunch. That was a very thorough prayer time. 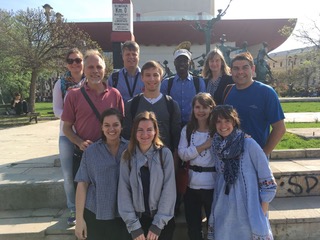 The next day we started at the point 0 km, where major things happened in December 1989 and thus the name: Place of 21 December 1989. The nation got rid of communism, but we still prayed concerning this and the mentality that still is stuck in the old. We had some good prayers and prophetic acts at the Memorial of rebirth about this.

We then went to the government building where we had some more prayers about the corruption and the covenant with death from the communist times. Vision was given about underground labyrinth, which was confirmed by the Romanians. It’s about to crumble and things will change in the government.

The last of the 5 places was the Carol Park Mausoleum. They say it’s a memory of the heroes for the freedom for socialism. But as we went there, it’s clear that it’s a Freemason place with probably very strong activity today. The Freemasons always come up with some nice monument to cover up their real intention. So, we discerned this and had strong prayer according to the revelations. 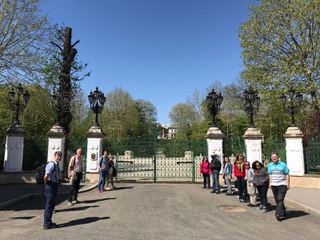 The last day, we went to the president’s building. We prayed from the botanical garden as we could not get close and this was silent enough to hear our prayers. Here the hosts had also set up a picnic for us and with cake to celebrate Barbara’s birthday

After lunch we went down to the Palace of the Parliament, which is the largest parliament building in the world with 4000 rooms, halls and conference rooms. We had 4 teams for this prayer; one into the tourist entry, one for the open wine and food exhibition and 2 teams walked around the walls of the whole building in opposite directions. This took 90 mins. Coming back together, we stood in front of façade turning east proclaiming different words from the Lord. It all was a very full and satisfactory time.

As we left Romania, we heard that the government had decided to move the embassy in Israel to Jerusalem. That was a big encouragement and we happened to be there as this was decided. We praise the Lord for all this. 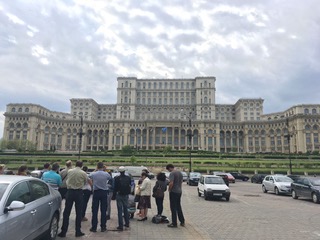